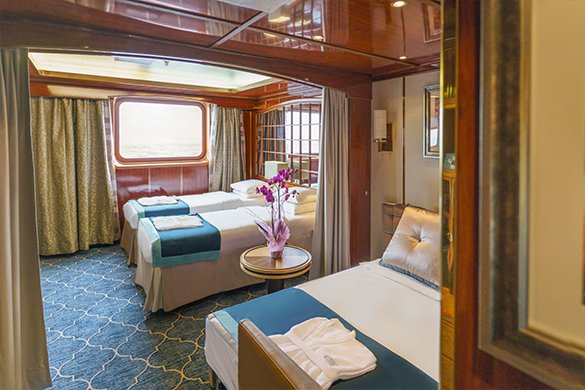 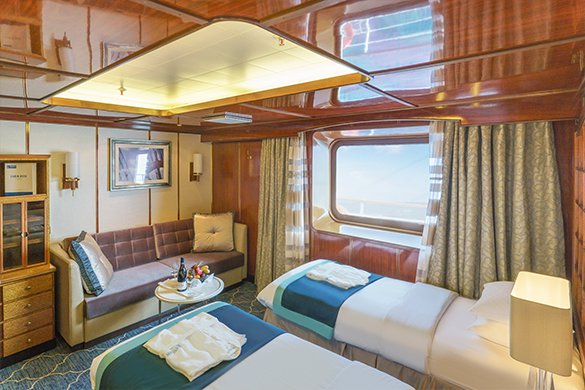 Welcome to Longyearbyen, the administrative capital of the Norwegian territory of Svalbard and starting point of our expedition. After arriving via scheduled commercial flight service, you are free to explore this fascinating Arctic settlement. Be sure to see the excellent Svalbard Museum and take advantage of quality shopping and dining opportunities in the town center. Your hotel for the night has been arranged by us and is included in the price of the voyage.

In the afternoon we welcome you aboard the luxury expedition ship M/V Sea Spirit. Explore the ship and get comfortable in your home away from home for the extraordinary adventure to come. Savor the anticipation of your Arctic dreams coming true as we slip our moorings and sail into a true wilderness where wildlife abounds. The scenery as we sail through Isfjorden on our first evening is spectacular and there is already the possibility of marine mammal encounters.

From Isfjorden we proceed forthwith around Svalbard and east to Franz Josef Land across the Barents Sea. Presentations and workshops by our expert staff prepare us for what lies ahead.

In these far northern latitudes it is possible to encounter sea ice any time of the year. All along the way we remain vigilant for sightings of ice-dependent marine mammals such as the elusive bowhead whale, various Arctic seal species, and the majestic polar bear.

This is expedition cruising at its most authentic. As such, our route and exploration opportunities in Franz Josef Land are heavily dependent on weather and sea ice. Our experienced captain and expedition leader decide our best route and continually adjust plans as opportunities warrant in this wild and remote corner of the Arctic.

Between obligatory initial and final calls at the Russian polar station Nagurskoye in wildlife-rich Cambridge Bay, we are free to explore the many waterways and islands of this unique Arctic wilderness.

The archipelago, part of the Russian Arctic National Park since 2012, is a nature sanctuary. Polar bears and other quintessential High Arctic wildlife—such as walruses and some rare whale species—can be spotted anytime, anywhere in and around Franz Josef Land. Scree slopes and cliffs around the islands host enormous nesting colonies of migratory seabirds such as guillemots, dovekies, and ivory gulls. We’ll take advantage of the 24-hour daylight to exploit every opportunity for wildlife viewing.

Franz Josef Land is also home to some interesting geological features, such as the mysterious stone spheres on Champ Island. Collectors of geographical extremes may take note that Cape Fligely on Rudolf Island is the northernmost point of land in the Eastern Hemisphere.

Franz Josef Land also offers visitors the opportunity to walk in the footsteps of famous polar explorers at well-preserved historical sites. The journals of explorers such as Julius von Payer, Benjamin Leigh Smith, Frederick George Jackson, and Fridtjof Nansen come alive at Cape Norway, Cape Flora, Eira Harbor, and Cape Tegetthoff. Memorials, monuments, crosses and the remains of dwellings are testimony to incredible historical events that are further illuminated by our expert lecturers.

Tikhaya Bukhta is currently a Russian Arctic National Park ranger station occupying Soviet-era research buildings and was also a major base for polar expeditions. Nearby the fascinating columnar basalt cliffs of Rubini Rock are home to thousands of nesting seabirds.

Following our week of exploration in Franz Josef Land, we cross back through the bountiful waters of the Barents Sea and then along the coastal islands of the Svalbard Archipelago. From panoramic open decks, enjoy Arctic landscapes and wildlife sightings. On ice floes and on fast ice, several species of seals watch vigilantly for polar bears, which can be spotted anytime, anywhere in and around Svalbard. Bountiful inshore and offshore waters are home to walrus and a wide variety of whales.

The crossing also gives our expedition team the opportunity to offer a final presentation or two in the Oceanus Lounge.

After breakfast we say farewell in the town of Longyearbyen, where we started. We provide a transfer to the airport or to the town center if you wish to spend more time here. As you look back on your wonderful experience in Svalbard, you may already be looking forward to your next incredible adventure to the ice!

Welcome Aboard the Sea Spirit Carrying a maximum of 112 passengers, this outstanding vessel combines luxury with expedition cruising. All cabins have facilities en suite, king-size beds and exterior views. She boasts all the amenities of a fine hotel, including an open bar, balconies in the suites and a hot tub on level 5. The Sea Spirit is a luxurious expedition vessel that seamlessly dispatches zodiacs and kayaks for excursions and exploration.